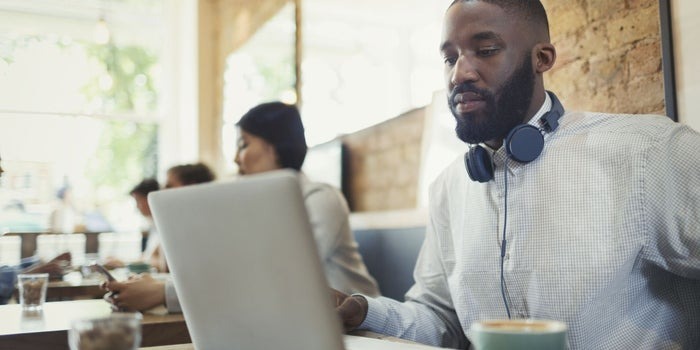 In addition to the performance challenges virtual teams face, four pitfalls that lead to poor performance and, in some cases, to failure.
Are these factors present in your organization’s virtual teams? Let’s find out
LACK OF CLEAR GOALS, DIRECTION, OR PRIORITIES
As with any team, virtual or co-located, a lack of clear goals and priorities will inhibit team performance. And because it is tougher to communicate with team members who are geographically distributed and keep them informed, this can be an even bigger problem for virtual teams.
For example, often, team members are not fully informed about changes in focus, which leads to a lack of clarity and frustration. If a virtual team member in your organization begin to feel this way and say things like, ‘‘our goals are very clear, they change so frequently, which leads to ambiguity.’’ The most effective virtual teams reassess goals as priorities shift over time. Teams that do this effectively are usually those with the best leaders. Virtual team leaders are primarily responsible for ensuring goal clarity, resolving conflicting priorities, and ensuring the team is aware of any changes.
When new virtual teams are formed, the most effective teams outline team goals and objectives immediately. Consider two different scenarios: A global engineering team conducted a kick-off meeting to build relationships and outline team goals and responsibilities. During the meeting, the team leader clarified team member roles and established how the team would work together. Once things were underway, the leader used virtual meetings and regularly updated postings on the team’s internet site to inform team members about any updates and changes over time.
However, in our second scenario, a virtual cross-functional task force from a global investment management company experienced numerous problems with setting expectations and often failed to meet its commitments. One of the virtual team members stated, ‘‘People have no idea what our real goals are, as no one has been very clear about this from the start.’’ The team was eventually disbanded because it had not achieved its objectives. Ironically, the team never knew what they supposed to be or do.

LACK OF CLEAR ROLES AMONG TEAM MEMBERS
In virtual teams, it is especially important for team members to clearly understand their individual roles, specifically who they report to and who reports to them. A poorly designed accountabilities structure can have a huge impact on virtual teams.
For example, if a global product development team is working virtually, it would not be efficient for team members in Asia to have to wait to check on how to proceed on a given initiative with team members in New York, who start their business day much later. What would work best is if the team members in Asia have the authority to make decisions based on their own scope of work. Designing an effective accountabilities structure minimizes delays and inefficiencies that are common when working virtually.
Given the complexity of some initiatives, role clarity is particularly important in cross-functional virtual teams. High performing virtual teams establish clear roles up-front and continually reassess and ensure clarity of roles over time.
One global information technology team developed a great way to communicate team member roles. They created a ‘‘team handbook,’’ which provided background on each team member and clearly laid out how each person was to contribute to the team. When questions arose during large, complex projects, team members would consult the handbook to determine which team member to consult with. Many of the less-effective teams in our study did not clarify roles during their launch and often failed to revisit roles as things changed during their projects.

LACK OF COOPERATION
When a diverse group of individuals is asked to work together to accomplish shared objectives, it takes time to build an atmosphere of collaboration. And because there is a lack of face-to-face contact inherent in virtual teamwork, the process of developing trust and building relationships can be even more arduous.
Conflicts often arise between team members or among factions or cliques. It happens with co-located teams as well and is especially common in large teams where ‘‘subgroups’’ develop. For example, consider a virtual team we worked with that we will call ‘‘TeamInnovate.’’ Two-thirds of the team’s members were located in Country A, and the remaining one-third were scattered in different sites around the world. Naturally, the team members in Country A developed stronger relationships with one another than they did with the members who worked outside the main ‘‘hub.’’
Unfortunately, this setup led to the formation of subgroups, which began to impede team collaboration. Several team members routinely worked together on projects and didn’t keep other team members informed, which, over time, led to a lack of trust among team members.
Differences of opinion can also hinder collaboration. The high-performing virtual teams in your organization will able to handle conflict better than the low-performing teams. In many situations, team members are simply not equipped with the skills necessary for effectively dealing with conflict, especially when conflicts cannot be resolved through face-to-face interaction.
A finance team in a global manufacturing company experienced this very challenge first-hand. Two separate factions developed due to different team members working closely together in each of two locations. However, team members in one location didn’t collaborate with team members in the other location, which created conflict. In this particular case, team members who were co-located began having their own meetings, and they didn’t include the members in the other location. Eventually, team members began to blame one another for the team’s shortcomings, which, of course, only led to more conflict. Until this problem was addressed with the entire team, the team did not fully meet its objectives and many team members were dissatisfied.

A LACK OF ENGAGEMENT
Many virtual team members in our study reported a lack of engagement that resulted from not feeling challenged, lacking role clarity, having ineffective team leaders, and lacking meaningful goals.
A lack of engagement is not uncommon among virtual team members because it can be difficult to assess other team members’ levels of engagement because they are in different locations and rarely have face-to-face interactions. To avoid this common problem, leaders and team members should proactively look for signs of disengagement.
For example, here are a few assessment questions to ask yourself:
Are all team members contributing to conversations and projects?
Are they attending and actively participating in team meetings?
Are team members motivated to take on new work or are they feeling overwhelmed?
Are people working well together or is there frequent and unproductive team conflict?
Looking out for these common red flags can help prevent engagement issues from derailing a team.
Let’s take another look at ‘‘TeamInnovate.’’ Several of the team’s members reported feelings of isolation and a lack of connectivity with others on the team. In a virtual setting, this is very common. People easily become bored and ‘‘checkout’’ because there is a lack of dynamic face-to-face interaction and because there are more distractions.
One virtual team member expressed frustration with her team, which was not performing effectively: ‘‘We are all so used to nonproductive meetings so we typically just mute our phones and don’t really pay attention, which isn’t effective.’’ So if you are a virtual team leader, be constantly assessing your team members’ levels of engagement. If you monitor your virtual team’s performance to ensure that the team is always fully engaged, the team’s effectiveness will be much improved.
Given the prevalence of virtual teamwork and its importance in achieving business objectives, we were surprised by how many teams are ineffective. But what was most startling is that many companies either do not realize that their virtual teams are underperforming or, despite their investments in these teams, they do not take the time to focus on enhancing their effectiveness. The good news is that there are numerous strategies that organizations and team leaders can employ that will improve the performance of their virtual teams.
The Bottom Line
Organizations that proactively take steps to support virtual teams as well as periodically assess their effectiveness will see a much better ROI than organizations that are complacent. 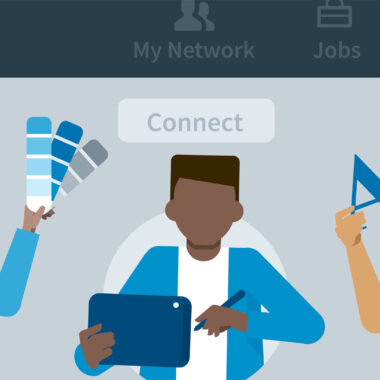 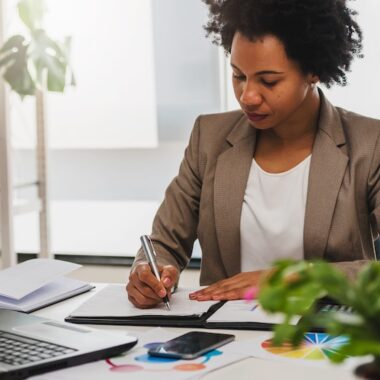 Tips for a Successful Job Search in a Recession 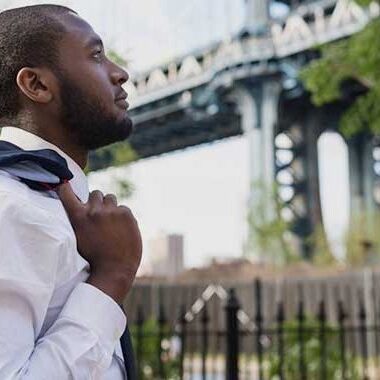 “JOB-HOPPING: HOW IT AFFECTS YOUR CAREER SUCCESS” 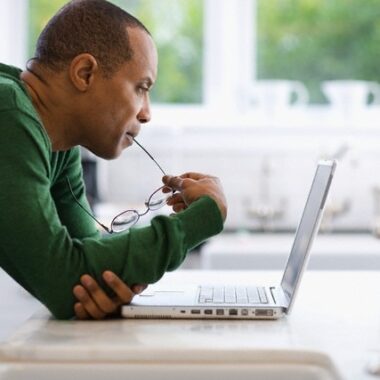 TO FIND PASSION AT WORK, YOU MUST BE IN THE RIGHT JOB (Get Back to What You Love)

Looking For a First 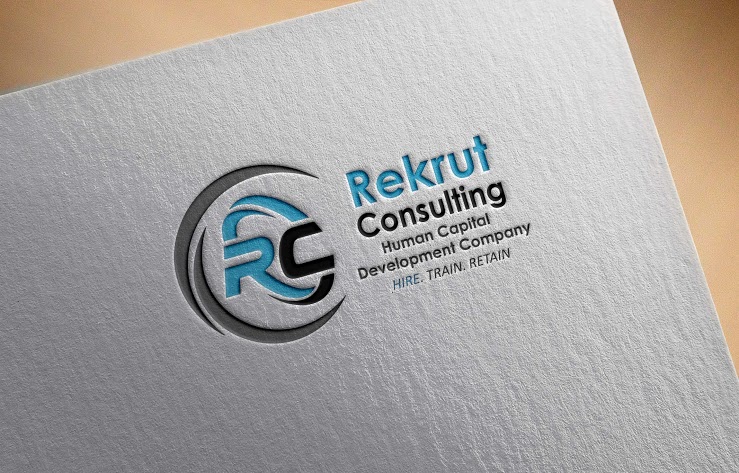